For quotations of fewer than 40 words, add quotation marks around the words and incorporate the quote into your own text—there is no additional formatting needed. Do not insert an ellipsis at the beginning and/or end of a quotation unless the original source includes an ellipsis.

When you paraphrase, cite the original work using either the narrative or parenthetical citation format. Although it is not required to provide a page or paragraph number in the citation, you may include one (in addition to the author and year) when it would help interested readers locate the relevant passage within a long or complex work (e.g., a book).

Webster-Stratton (2016) described a case example of a 4-year-old girl who showed an insecure attachment to her mother; in working with the family dyad, the therapist focused on increasing the mother’s empathy for her child (pp. 152–153).

If you refer to the author's name in a sentence you do not have to include the name again as part of your in-text citation. Instead include the date after the name and the page number (if there is one) at the end of the quotation or paraphrased section. For example:

Hunt (2011) explains that mother-infant attachment has been a leading topic of developmental research since John Bowlby found that "children raised in institutions were deficient in emotional and personality development" (p. 358). 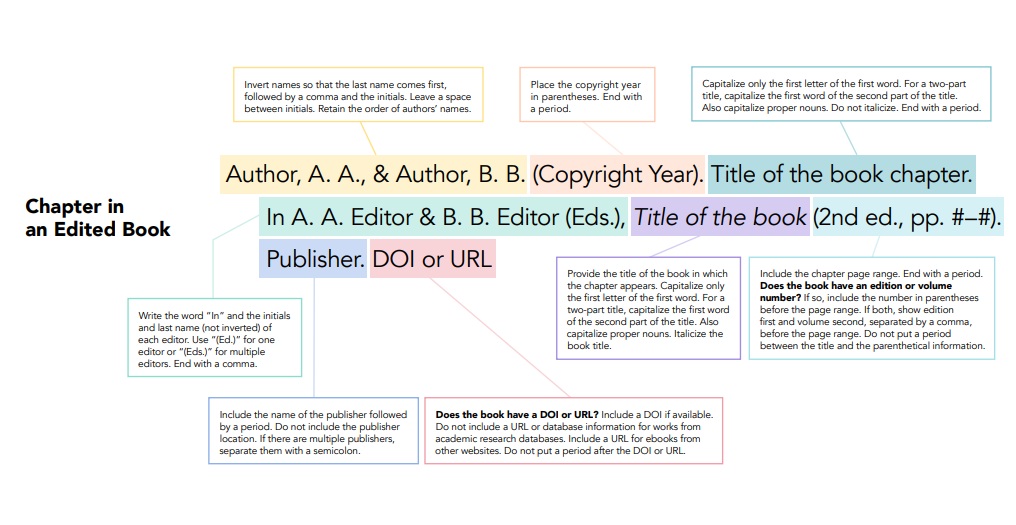 Personal communications may be private letters, memos, non-archived electronic communications, personal interviews, etc. Because they do not provide recoverable data, they are not included in the reference list. The same is true of live performances.

Instead, you should cite these sources in your text with initial and last name of the communicator and as exact a date as possible.

If you are citing a recording or archived copy of the performance or personal communication, these forms are recoverable and should be referenced in your Works Cited list as a video, online forum post, tape recording, etc.