Handbooks typically include bibliographies at the end of each chapter. These updated lists of sources on specific research topics are invaluable at the beginning of the research process. The sample below shows the first two pages of a bibliography in a handbook chapter. 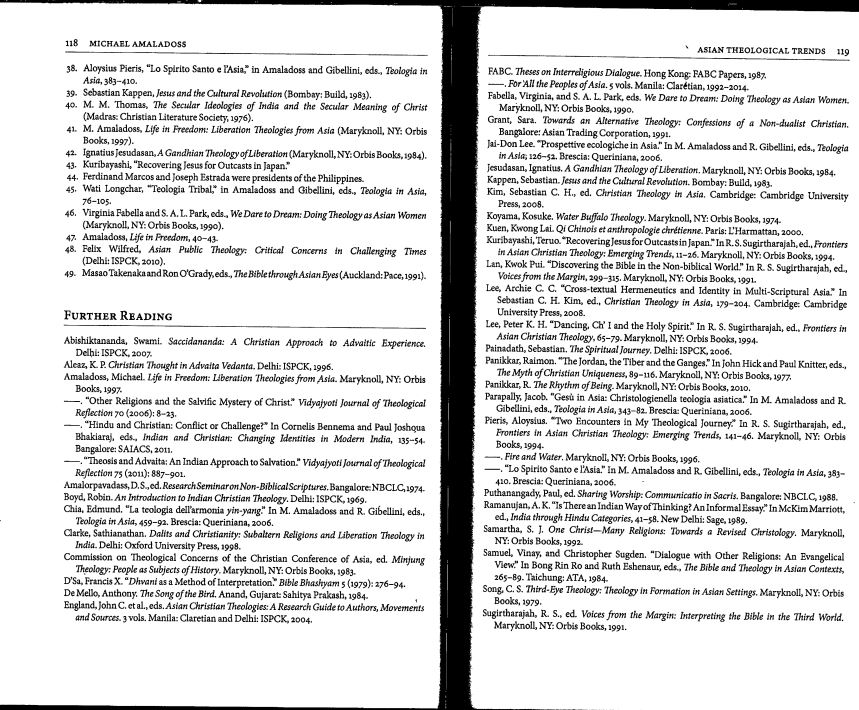