Usefulness of Dictionaries and Encyclopedias

Bible dictionaries provide in-depth, encyclopedic articles on books of the Bible, as well as people, places, topics, events, and practices mentioned in the Bible. Many dictionary articles include select bibliographies for further study, and this feature contributes to the usefulness of dictionaries at the beginning of the research process.

Dictionaries and encyclopedias typically include bibliographies at the end of each chapter. These updated lists of sources on specific research topics are invaluable at the beginning of the research process. The sample below shows the first two pages of a bibliography at the end of an encyclopedia chapter on ecclesiology. 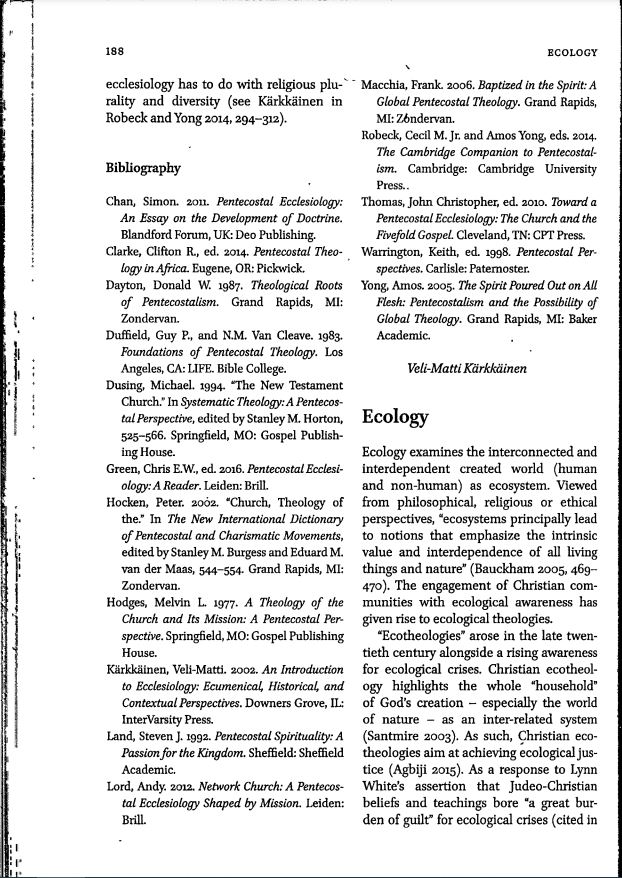